Manya Koetse Wikipedia: Manya Koetse is a China expert and social trendwatcher, as well as the founder of What’s on Weibo, a popular news site in China that provides insights into the country’s current social and digital trends. He is both a Sino-Japanese (MPhil University of Leiden/Peking University) and a Japanophile, having spent considerable time in both countries.

While in Beijing, where she was studying for her second degree, she became interested in China’s digital culture and the rise of social media, which have seen a dramatic transformation in the last decade. Since then, they’ve been keeping tabs on the latest Chinese trends, media, and social developments.

A new website, based on China’s internet world, would report on what’s going on among the Chinese population and how the government responds to it. What’s on Weibo (whatsonweibo.com) grew out of a little blog into an internationally popular website (around 300,000 visitors per month) that is often mentioned in the media, from the New York Times to the Netherlands’ NOS.

Manya, outside her work as a journalist and writer, is also a sought-after speaker for news programmes (BBC, Al Jazeera) and businesses, and specialises in Chinese social trends, the (online) media landscape, and culture and society in China.

What piqued your interest in China in the first place?

Manya Koetse: In reality, I had no ties to China throughout my formative years. Also, my family has no ties to China, but I’ve always been fascinated by the tremendous changes in Chinese culture and history that have occurred in the last several decades. In the 1990s, there was a China boom in the Netherlands, and I suppose that’s why. When Jung Chang’s novel Wild Swans was published, there was a surge in popularity in literature.

There were more Chinese writers publishing in English at that era after the Cultural Revolution following the opening up, so I began reading Wild Swans about the age of 12 and became enthralled with the story, which was written in both English and Dutch. After reading it three or four times, I’m quite sure I understood it. As a result, I was engrossed.

My fascination in China began with Wild Swans and the 1997 return of Hong Kong to the mainland, both of which had a profound impact on me. When I was 16 years old, I began learning Japanese for the first time.

Actually, I went on an exchange programme to Japan, and thereafter, I learned that although I found Japan fascinating, so much of Japanese culture was borrowed or borrowed from China, and I discovered the beginnings in China. I took both Japanese and Chinese courses, and although Chinese was more fun, I ended up doing both in the end. So I’m both a Japanese and a Chinese scholar.

“I spent two years in Beijing during the Olympics in 2008, and then returned to the United States.” As a result, I’ve made it a point to visit Beijing at least once every five to six years. month after month, everything is different: the city itself, as well as everything else. So much is in flux.”

What are the most challenging aspects of learning Chinese characters and the language? At the beginning, did you encounter any difficulties?

My background in Japanese studies may have made it simpler for me. The characters were simple for me to write, but the pronunciation proved to be a challenge. As a student at Leiden University, my instructor informed me that I was speaking Chinese with a Japanese accent. However, I believe my Chinese is now better than my Japanese. The tones in Chinese are so difficult for Westerners, I believe, that I’ll never be able to fully comprehend them. 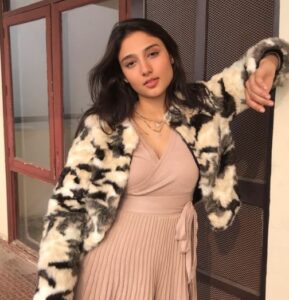 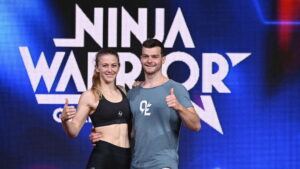