Petit Fils De Poulidor Wikipedia: UCI ProTeam Alpecin–Mathieu Fenix’s van der Poel represents the Netherlands on the bike. In addition to cyclo-cross and road racing, he also competes in mountain bike racing and road cycling. He is best known for his victories at the Cyclo-cross World Championships in Tábor in 2015, Bogense in 2019, Dübendorf in 2020 and Ostend in 2021.

When it comes to Mathieu van der Poel, he’s better known as Petit Fils De Poulidor. He was raised in Kapellen by a family of elite cyclists, including his older brother David, who won the National Under-23 Championships in Hilvarenbeek, Belgium in 2013. As a professional cyclist, his father Adri is a six-time Dutch national champion and the 1996 World Cyclo-cross Champion, as well as a two-time stage winner of the Tour de France.

His maternal grandfather was Raymond Poulidor, a French cyclist who won the 1964 Vuelta a Espana and completed the Tour de France in second and third place three times and five times, respectively, in the race. During the 2009–10 season, Van der Poel made his cyclo-cross debut, participating in the beginners’ division.

Van der Poel won numerous local races, and he finished second in the National Championships in Heerlen, fifteen seconds behind the winner Erik Kramer. While competing on the track in the 2010–11 season, Van der Poel also raced on the road, where he eventually took first place in the Dutch Novice Time Trial Championships in Zwartemeer.

The next winter, Van der Poel moved up to the junior levels and continued his dominance, finishing first in all but four of the events he entered. There were also national, European, and world junior championships for him to his name, all of which he won handily.

This was Van der Poel’s first overall victory in a road race, as well as his first win in the young rider classification, in the 2012 Ronde des Vallées. In the junior road race, Van der Poel was a part of the Dutch World Championship team and finished ninth overall in the field of 56 riders, making him the best-placed Dutch rider 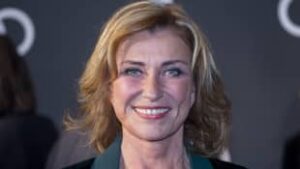