ștefania mărăcineanu discovery: Having been born on June 18th, 1882 in Bucharest and earning her bachelor’s degree in physical and chemical science by 1910, Maracineanu went on to teach at Bucharest’s Central School for Girls. The Romanian Ministry of Science awarded Maracineanu a scholarship. At the Radium Institute in Paris, she continued her studies.

The Radium Institute quickly became a worldwide centre for radiation research under the direction of Marie Curie. Polonium, a chemical element discovered by Marie Curie, became the subject of Mărăcineanu’s dissertation for her doctorate.

Polonium’s half-life, Maracineanu noted, seemed to be dependent on the kind of metal it was put on during her research. She wondered whether any of the metal’s atoms had been transformed into radioactive isotopes by the polonium’s alpha particles. The most likely first case of man-made radioactivity was created as a consequence of her efforts.

It was Maracineanu who built Romania’s first radiation lab. As part of her study, Maracineanu travelled to Algeria to conduct experiments on the effects of artificial rain. She also investigated the link between earthquakes and rainfall, and she was the first to determine that the epicentre of an earthquake had a significant increase in radioactivity in the days leading up to an earthquake..

A Director of Research at the Romanian Academy of Sciences recognised Maracineanu’s study in 1936 but never received worldwide recognition for the finding.

The Radium Institute’s real chemical laboratory, where Stefania worked, is currently housed at the Curie Museum in Paris. In 1929, Mărăcineanu returned to Romania and began teaching at the University of Bucharest after working at the Paris Observatory for two years. She conducted research to investigate the relationship between rainfall and earthquakes and radioactivity.

Mărăcineanu’s earlier work was clearly referenced in Nicolae Vasilescu-talk Karpen’s on artificial radioactivity at the Romanian Academy of Sciences on November 29, 1935. It was on this day in 1936 that she petitioned the Academy of Sciences to declare her work to be of the utmost importance.

The Romanian Academy of Sciences approved her request, and she was elected a corresponding member in the Physics department on December 21, 1937. When the Academy appointed her to Associate Professor in 1941, she was assigned Director of Research. Mărăcineanu was had to resign by law in 1942. The cancer that killed her in 1944 was thought to have been caused by radiation exposure. 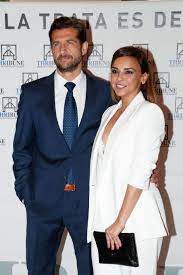 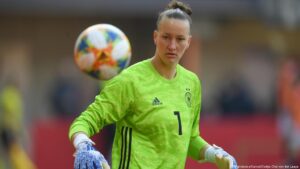